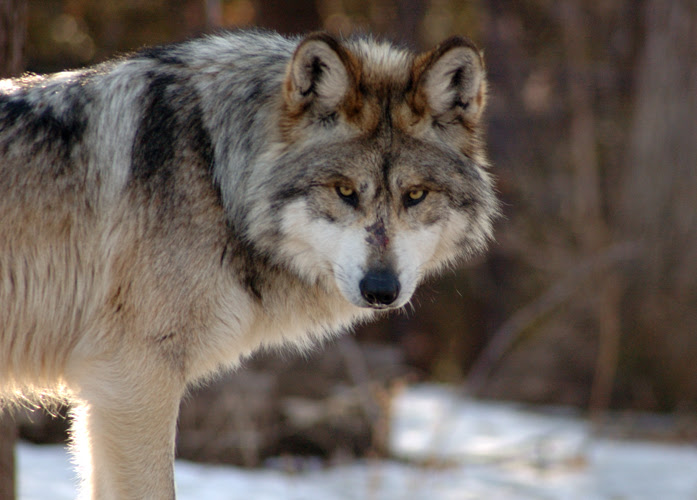 On November 12, federal wildlife officials removed the gray wolf from the endangered species act protection, after it had been recognized as an endangered species since 1974. Once not in the act, the wolves can be hunted for recreational purposes. The change is being implemented because the officials believe that the species number has had a successful recovery from its previous endangered status.

​​​​​​Minnesota’s Governor Walz has opposed the move, and many wildlife conservation groups plan to testify against this decision of removing the gray wolf from the list of endangered species. It has taken more than four decades to restore the wolf population to its current status in the wild, and opponents believe research should be conducted regarding the impact of this law prior to its implementation. Minnesota state residents can voice their opinion on the DNR website until November 20 regarding the issue.

The state of Minnesota has its own wolf management plan; the state is home to 2,600 gray wolves.

​​​​​​The new change will impact a number of stakeholders. For example, in the past cattle ranchers in northern Minnesota were not allowed to shoot gray wolves that hunted their cattle while gray wolves were listed as an endangered species. The Minnesota Department of Agriculture compensates the farmers affected by wolf depredation following a specific reporting procedure. This will now change under the loss of endangered species designation.

Gray wolves (Canis lupus) and their history is on display at the Bell Museum.

National: A silver lining in the COVID-19 cloud

The COVID-19 virus is causing a second wave of infections and has already killed more than 1.2 million people over the world. However, US-based companies Pfizer and Moderna announced COVID-19 vaccines in the past week, which are reportedly effective in more than 90% of tested volunteers with no prior coronavirus infection. Pfizer has been working with a German partner BioNTech company to develop this vaccine. Both vaccines are m-RNA vaccines that have no chance of causing the disease by the vaccine.

The vaccine has been tested on 44,000 people in the United States and in five other countries. The Pfizer vaccine has not yet obtained the approval of the US Food and Drug Administration (FDA). Several other companies such as GlaxoSmithKline, Inovio Pharmaceuticals, Johnson & Johnson, and Novavax are also testing COVID-19 vaccines at different stages.

​​​​​​The coronavirus vaccines are more effective than the yearly flu vaccine—according to the Centers for Disease Control and Prevention (CDC), the flu vaccine that is administered annually is only effective by 40 to 60%.

​​​​​​According to the World Health Organization (WHO), once a decision has been taken to introduce a vaccine, it will be integrated into countries’ national health plans with a comprehensive multi-year plan. Major steps to be considered in the plans include cold chain maintenance of the vaccine (Pfizer vaccine especially requires ultra cold freezing), trained personnel to ensure safety of vaccine injection, and the vaccine quality. At the moment, the hope of the vaccine is to keep infection rates low during the winter. Yet, vaccination should be a part of a multi scale approach that includes other control measure, according to the WHO.

November 3rd marked the annual One Health Day, part of a global campaign to recognize the importance of One Health. One Health is a framework to “achieve optimal health and well-being outcomes recognizing the interconnections between people, animals, plants and their shared environment” (One Health Commission). The concept of One Health is accepted by numerous major international organizations and countries around the world.

The importance of One Health has been widely acknowledged in the face of infectious emerging diseases such as HIV, SARS, Ebola and, most recently, COVID-19. Ongoing research suggests that viruses may have crossed barriers between animals to humans by mutations of the viruses. The celebration of One Health Day reminds us of the importance of  broader issues like infectious zoonotic diseases and public awareness.

​​​​​​Other commonly covered One Health challenges include antimicrobial resistance, climate change, and food safety. For example, the increasing development and spread of antimicrobial resistance has been widely discussed as a One Health priority, and this week is the yearly Antimicrobial Resistance Awareness Week. Antibiotics have been in use for more than 50 years in animals. The One Health concept also sheds light on topics related to animal agriculture such as hormone free animals, cow milk free from antibiotics, and greenhouse gas emissions by the farm animals. The One Health concept is used to increase public awareness of these key issues and to develop collaborative solutions to complex problems.

Call for One Health Day 2020 Celebrations