Last week Farm to Table was held in southern Chile. The program gave participants exposure to leading exporting animal food production systems. Site visits focused on international trade standards and emerging issues in food safety related to the Chilean salmon and cattle industry. The five days were filled back to back with visits to farms and production facilities.

While Chile’s economy has historically been supported largely by the copper and nitrate exports, agricultural products are on the rise, now making over 25,4% of exports.

Chile is the second largest salmon exporter in the world. It also exports high quality beef and milk products as well as large amounts of fruits and berries. Chile’s agribusiness sector benefits from the mediterranean climate and the various agroclimatic zones.

Chile’s exporting market is interesting also because the country mainly has individual trade agreements with other countries. For example it is exporting cheese to Russia now that the Europeans have been pushed away from the market due to the embargo.

One of the reasons of Chiles freedom in the global market is that Chile is not a full member of the South American Trading block called Mercosur.

Chilean Salmon production is recovering from the 2016 red algae bloom, that wiped out a fifth of Chile's salmon production in 2016. Chile's importance as a salmon exporter could be felt around the world during that time, as the fall contributed to a 40-percent rise in world salmon prices.

Environmentalists blamed the bloom on waste emissions from fish farms, but other hypothesis are also out there. For example, some think that minerals from volcanoes had something to do with the bloom. What is known however, is that that conditions where ideally rainy and warm during that time for the red algae, and el Nino phenomena definitely did not help either.

Chilean salmon farming regulations have been completely overhauled after these crisis. One example of stricter regulations is how the government now checks the oxygen levels at the seabed during a mandatory production break at each ocean farming site. They give permission to continue farming only after oxygen levels have recovered to normal.

Regulations around antimicrobial use have also been changed significantly, making the industry much more responsible in their use and the salmon production numbers will never be allowed to rise to the numbers before the crisis, as those cannot be sustained.

In addition to seeing the Salmon production up close, we visited dairy and beef production sites. During our visits we found out that something called “holistic farming” is a new trend in South America, with Argentina leading the change.

We visited one holistic beef farm in Puerto Montt. Holistic farming is based on the idea that rotational grazing on grasslands could improve and sustain soil health and stop soil degradation.

The farmer stated holistic farming as an ideology where you answer the root problems, what ever they are. The hope is that with time, ecosystem processes are made more effective, plants increase in number and diversity, soil is covered and fed, and carbon sequestered making rainfall more effective, etc. resulting in an increase in the land's carrying capacity.

This would then allow for larger animal numbers, and thus better production but in a sustainable way. The evidence however is still inconclusive.

Unlike organic products, holistic farming does not follow a set of rules and there is no labelling that would help customers understand the production type. This is not surprising, as it is a new movement. However, due to these reasons the Chilean farmer found it difficult to find the customers in Chile for his premium beef products.

Receive the Weekly Update right in your inbox on Tuesdays and Thursdays. Subscribe now at z.umn.edu/WeeklyUpdateSubscribe 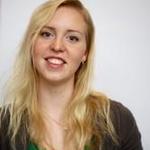 Heidi is a Finnish Public Health veterinarian who has previously worked with creatures great and small in Finland, the United Kingdom, India and Nepal. She graduated from the University of Helsinki in 2013 and is also a Veterinary Leadership Program Alumni from Cornell University. Heidi has a background in meat inspection, NGO work and lobbying and she enjoys analysing complex system and problem solving. Outside of work she loves yoga, photography and her cats.