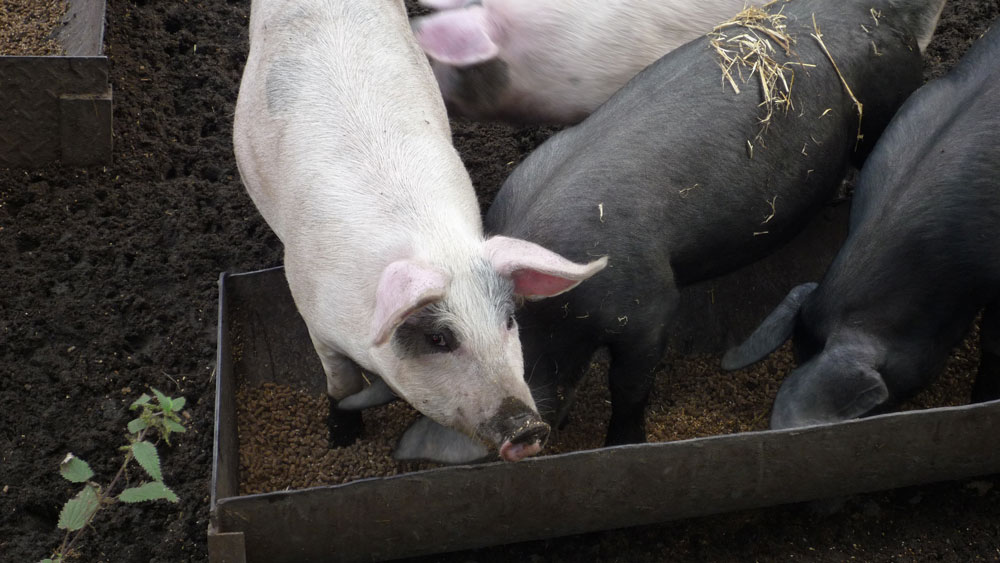 Swine researcher Pedro Urriola, DVM, PhD, has dual-appointments as a research assistant professor in both the University of Minnesota College of Veterinary Medicine (CVM) and the University of Minnesota College of Food, Agricultural and Natural Resources Sciences (CFANS). This dual-appointment allows Pedro’s research to focus on a multitude of issues, including hazard analysis and risk prevention. This arm of his research focuses on stopping viruses such as African Swine Fever (ASF) from infecting pigs through imported feed in the United States.

ASF is not a zoonotic virus, meaning it cannot be passed between humans and animals, but it could be economically detrimental to the U.S. pork industry. “There is a risk that we need to understand and prevent,” says Urriola, who has been with the University of Minnesota since 2012.

Since a July outbreak of ASF in China, Urriola and a team of researchers have been working with the Swine Health Information Center (SHIC) in Ames, Iowa, to develop a plan to keep the disease out of U.S. swine production. Since the virus can survive in swine feed, Urriola’s work with SHIC focuses on preventing ASF from contaminating feed in the first place or inactivating a virus that has already contaminated feed.

“The U.S. does not import a lot of pigs from China, but a lot of the products we use to create a balanced diet for swine does come from China. That’s our main concern,” says Urriola. “While there’s a lower risk of contamination in manufactured products—such as vitamins or plant-based products—than there is in animal products—such as bone meal and blood—there is still a chance and we want to stop that,” says Urriola.

“What we’re doing is helping producers understand the new regulations, as well as what they can do outside the regulation, to prevent the spread of ASF in their food supply,” says Urriola, who notes that heating animal feed can kill viruses. Urriola has also conducted research on making sustainable food systems safer. “This is one area where it’s cool to see the big picture of the animal food supply chain.”

The global demand for meat is growing rapidly, but meat requires more resources to produce than plant-based foods. Urriola says a way to bring sustainability to the global food chain is to repurpose food waste—such as dried spent grains from distillers, or corn used in ethanol production—as nutrition for meat production animals.

“By recycling the nutritional components left over after the food or biofuel manufacturing process, we can recover nutrients that were already provided by the land and reduce the carbon footprint of meat,” says Urriola. His latest work provides answers to the safety issues that arise when food waste becomes livestock feed.

Antibiotics are added during the yeast propagation or fermentation phases in ethanol production, which livestock ingest when the spent corn is turned into feed. To prevent antimicrobial resistance through unnecessary exposure to antibiotics in animal feed, Urriola worked with a team to deactivate antibiotics so there is no residue in the final product.

These projects are examples of the multiphase characteristics of food production, and Urriola says the University of Minnesota’s unique One Health model, which focuses on collaboration between specialties, is crucial to the success of his research. In addition, partnership with U of M centers such as the Center for Animal Health and Food Safety assures that this One Health research is in turn translated for real-world use in policy, decision making, and training the next generation of food systems professionals.

“I work with multiple people who are really experienced in different areas such as epidemiology, microbiology, nutrition, environmental impact, and risk analysis,” says Urriola. “They provide a lot of insight that I depend on.”