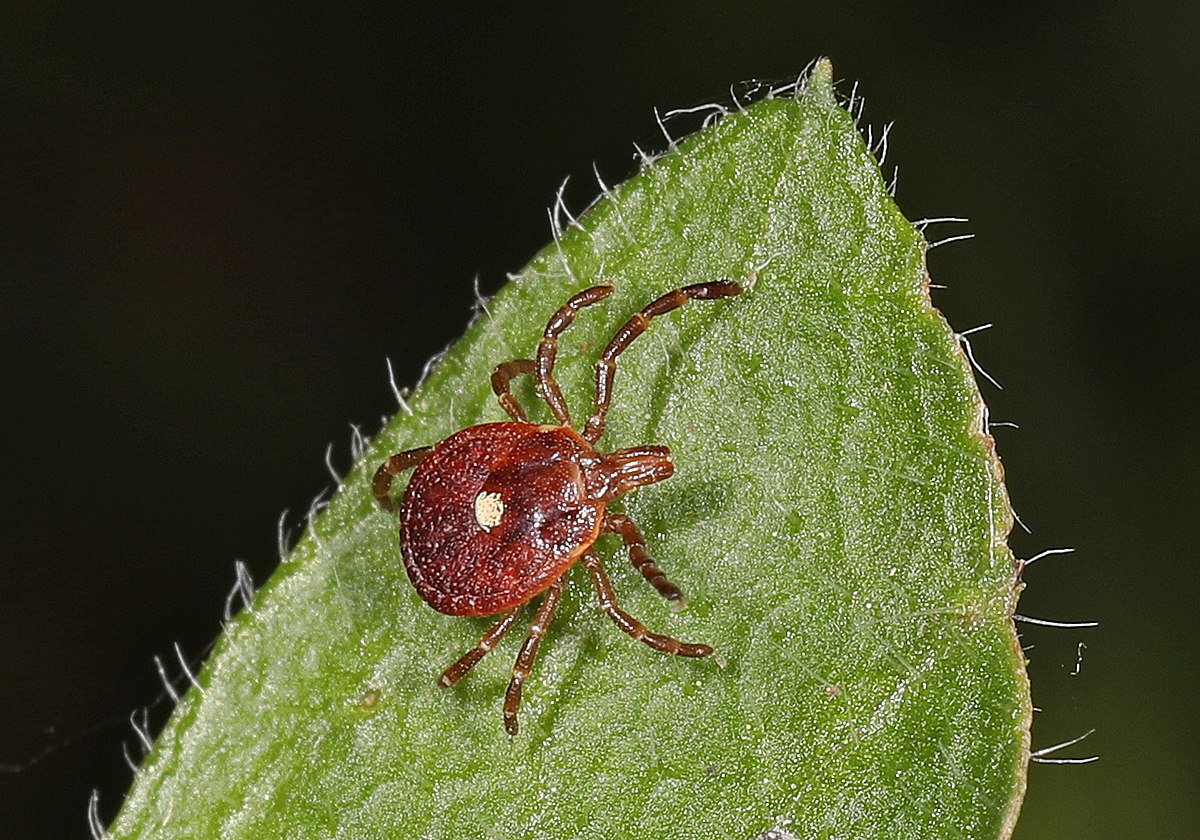 As of January 2022, SARS-Cov-2 virus responsible for the COVID-19 pandemic has been shown to infect at least 29 non-human mammalian species based on observational and experimental studies across free-living, captive, farmed, and domesticated animals [CIT]. For example, a recent multi-state surveillance study estimates ~40% of white-tailed deer, a common and widespread ungulate in North America, were positive for SARS-Cov-2 antibodies. Though clear epidemiologic evidence has been difficult to establish across all cases,  these findings imply the existence of ecosystem-level opportunities for direct transmission (e.g. transfer of infectious agents through contact or droplet spread) and indirect transmission (e.g. transfer through environmental reservoirs) of the infectious virus to susceptible animals from humans. Though SARS-Cov-2 itself is considered to be likely of animal origin, such instances of “spillback” from humans into animal populations has serious implications for animal conservation and public health due to the emergence of novel variant pathogens that may come about due to this cross-species transfer. This realization engenders questions about how frequently spillback events occur across all pathogens in general, which species are most likely impacted, and whether scientists, regulators, and policy makers should worry about such spillback phenomena.

Recently an international group of researchers released the results of a study attempting to profile the frequency and risk of spillback across various hosts and pathogens between 1900 and 2021. After applying conservative exclusion parameters, 97 documented instances of spillback were detected involving 104 species of vertebrate hosts and involved bacterial, viral, protozoal, and parasitic pathogens most frequently transmitted via aerosol and droplet, direct contact, and fecal-oral routes. The overwhelming majority of spillover events affected non-human primate populations. Though most spillback events resulted in documented morbidity and mortality, 82% of such disease events (i.e. zooanthroponoses) were described in captive or human-habituated populations. Though these results suggest that genetic relatedness to humans and residential proximity (related to exposure likelihood) are critical determinants for the acquisition of human pathogens, overall the profile of spillback is highly skewed. For example, zooanthroponoses were found involving only 7 rodent species out of >2000 known to science and among 6 species of bat, despite the fact that bats comprise nearly 20% of all mammalian species. Given that these spillback events were overrepresented in primates, elephants, large carnivores in zoos, and long-lived birds, suggests the current knowledge on the flow of human pathogens in animals is biased, and is more likely an outcome of how intensively specific animals are observed and sampled.

Since long-lived charismatic animals often in captivity tend to be monitored and sampled, most zooanthroponoses go undetected and frequency of spillbacks remain strikingly underestimated. Wildlife spillback events are difficult to measure, which brings about a substantial degree of uncertainty to public health, and in particular on how frequently spillback pathogens become stabilized in animal host reservoirs, undergo genetic modifications and host-driven selection, and spillover once again back into human populations (i.e. zoonosis). Early evidence suggests that though such events are rare and sporadic in the case of SARS-CoV-2, such spillovers may already be taking place with white-tailed deer populations acting as possible reservoirs for deer-to-human transmission in Canada. Uncertainty in wildlife spillback dynamics also brings about a lack of clarity regarding which conservation efforts to prioritize. Should funds be allocated for more intense and diverse human pathogen monitoring in animal populations? Or, should resources be allocated toward the prevention of other human impacts on wildlife populations, such as habitat destruction, urbanization, and species biodiversity?

The Companion Animal Parasite Council (CAPC), the nation’s leading non-profit consortium consisting of veterinarians, veterinary parasitologists, academicians, veterinary technicians, public health practitioners, and staff from the Centers for Disease Control and Prevention (CDC), released its annual forecast (2022) describing the likely distribution and prevalence of parasitic diseases and vectors of importance to companion animals and humans . The forecast notes that vector-borne diseases, including heartworm, Lyme, ehrlichiosis, and anaplasmosis are likely to pose a higher-than average risk of distribution across the U.S. Ticks and mosquitoes will remain as the principle transmitters of pet and human vector-borne pathogens.

Lyme disease spread by the bite of a blacklegged tick Ixodes scapularis (also known as ‘deer tick’ or ‘bear tick’) infected with the bacterium Borrelia burgdorferi is expected to expand southward and westward, with higher than expected prevalence in North Dakota, northeastern South Dakota, Iowa, Illinois, and eastern Kentucky. These changes and emergence of new regions of Lyme disease risk emphasizes that animals and people do not necessarily have to travel to historically endemic regions in order to encounter vector-borne disease exposure. CAPC also notes that a higher than usual risk of heartworm infection is expected along the Mississippi river and throughout the mid-atlantic and areas supporting high-density populations in the northeast, as well as areas of the southwest and intermountain west. Though very few regions are expected to have lower than average prevalence of heartworm disease, CAPC predicts that much of the midwest and northeast will experience little change to prevalence, indicating that policies promoting an emphasis on vector control and heartworm prevention may be producing impacts in these areas.

Previous research shows that roughly 30% of clients tend to avoid following recommendations regarding disease prevention in pets when there is a lack of clarity on the necessity of a given intervention. This is even more likely to be the case for vector-borne diseases which undergo frequent fluctuations in geographic distribution and produce sporadic or episodic disease events. Therefore, the current forecasts from CAPC, including granular parasite maps at the county level, can be used to strengthen communication efforts regarding disease prevention, including year-round prophylaxis with anthelmintics and acaricides, yearly testing, and in some cases preventive vaccination.

Awareness of ticks and tick-borne disease in the midwest

As Minnesotans head for the outdoors with the arrival of spring, public health practitioners are turning their attention to tick-borne diseases. Though there are 13 tick species that can be found in Minnesota, there are three types of ticks most likely to be encountered, including the blacklegged tick (deer tick) which is responsible for the greatest prevalence of tick borne diseases in Minnesota—especially Lyme disease, the American dog tick (wood tick) which can bite people but rarely leads to disease in humans, and the lone star tick which is less frequently found in Minnesota but has shown significant range expansion beyond its historic distribution in the Southeast U.S. and is responsible for many serious human and animal tick-borne diseases including ehrlichiosis, tularemia, and cytauxzoonosis.

The winter season has been unusually mild and an expected wet spring is leading many public health experts to believe that such conditions will lead to a stronger emergence and greater likelihood of questing for mammalian hosts by the adult blacklegged ticks in Minnesota. These concerns also come at a time as recent evidence suggests that blacklegged ticks infected with the Lyme disease-causing agent Borrelia burgdorferi can maintain its activity in below-freezing winter environs, thereby boosting odds that people and animals may encounter such ticks . Though found less frequently in Minnesota, the lone star tick is becoming more prevalent in the midwest and has gained attention in the past few weeks as a result of a report showing the circulation of a relatively new and emerging tick-borne virus exclusively harbored by the lone star tick . The Heartland virus (HRTV)  has accounted for 50 cases as of January 2021 (CDC), producing symptoms of fever, fatigue, nausea, diarrhea, or joint/muscle pain that leads to hospitalization due to the severity of these symptoms. Initially identified in two Missouri patients as well as nearby ticks in 2009, HRTV has been found in 11 states of the midwest and the south. No HRTV cases have been documented in Minnesota, though antibody seroprevalence has been documented in farm animals of Minnesota to viruses that are genetically related to the emerging phlebovirus. Relatively little is known about the ecology and natural history of HRTV.

The warming climate and the impacts of urbanization and local-scale changes to environments and wildlife population are considered the most likely drivers for such changing trends in tick populations and tick-borne disease prevalence. Public health practitioners are calling for more vigilance among veterinary and human healthcare providers in screening and documenting potential vector-borne disease, as well as to stress the use of preventive measures to reduce occurence of tick borne diseases among people and animals. Emphasis should be placed on following procedures before and after going outdoors to prevent bites in people and animals, as well as environmental tick control. The Minnesota Department of Health (MDH) has additional resources for clinicians on tick identification, disease diagnosis, and prevention of tick-borne diseases. 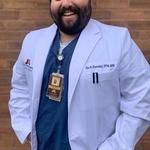 I am a veterinarian with a background in public health and epidemiology. My goal is to advance our understanding of the ways in which ecosystems, agricultural practices, and preventive medical systems influence occurrence of disease in human and animal populations. I bring this focus to specifically address Antimicrobial Resistance (AMR), a major global health problem associated with extensive morbidity and mortality. My research involves developing laboratory, computational, and statistical tools to characterize risks of antimicrobial resistance genes in bacteria at the human-animal interface. My work relies on implementation of high-throughput sequencing technology and microbiome investigations. Current research projects are being conducted in the U.S., Europe, and Africa.