In November 2016, Francesca Contadini, DVM, ’17 MPH, traveled to Costa Rica for the week-long Farm to Table program with support from the Veterinary Pioneers in Public Health fund. The program, organized by the Center for Animal Health and Food Safety, gave Contadini the chance to travel around various parts of Costa Rica to learn about the country’s agriculture and aquaculture systems. Hailing from Italy, Contadini says the experience “added an extra layer of understanding of agricultural practice at a global level” for her.

Contadini was exposed to various dairy, pork, and beef producers in Costa Rica. She says the dairy and pork producers functioned similarly to European producers. But she noticed that the beef producers typically took a different approach, as they raised Brahmin hybrid cattle for its high resistance to dehydration in the hot Costa Rican climate and often left them to graze in the field. They also sometimes use feed lots.

Contadini worked in meat safety inspection in the UK before moving to the United States. She says that touring cattle and pig slaughterhouses in Costa Rica was especially interesting for her. “We were able to witness the high standards to which the facilities operated and were also privy to some secrets of the trade,” she says. “Interestingly, most of the beef produced in Costa Rica is exported to neighboring countries or to the United States, whilst all of the pork produced is for national consumption.

Costa Rica heavily bases their agricultural industry on cooperatives. “Producers own shares and provide their product on the base of the amount of shares,” says Contadini. “The dairy plant we visited was part of the largest and most sought after dairy cooperative of Costa Rica.” She also says that dairy plant provided her and her colleagues with some of the most delicious ice cream she had ever tasted. “And as an Italian I think I have tasted quite a lot of ice cream!”

Costa Rica’s aquaculture industry proved interesting to Contadini, as well. “The local aquaculture industry employed one third of the population of the area,” she says. “A few years ago the tilapia farm suffered terrible fish losses due to a bacterial infection caused by a Francisella strain. This was a terrible hit to the local economy. Luckily, it has brilliantly recuperated and now it exports 90% of the product to the United States.”

Contadini says the program enriched her professional and personal formation. “It has allowed me to expand my horizon and better understand systems and productions at a global level, as well as to come in contact with a variety of professionals from all over the world that added enormously to the enriching experience,” she says. “I often use the skills I acquired while teaching about global food production and systems to my vet students in the UK. I am forever grateful to the generous donors that made this experience possible.” 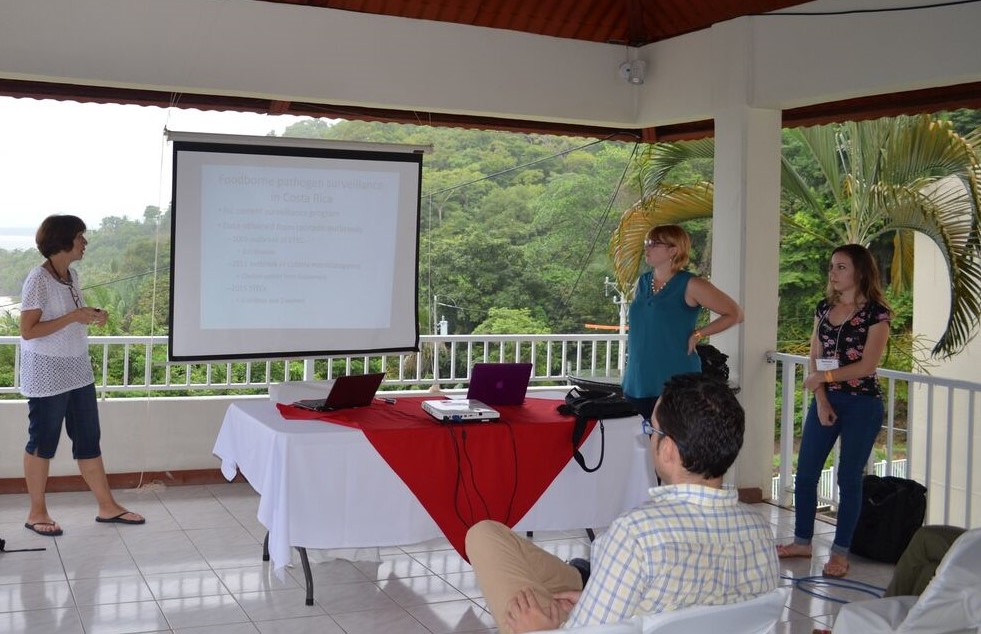 If you are interested in supporting this fund, please contact the Center for Animal Health and Food Safety, at [email protected], or visit our Pioneer Fund donation page.