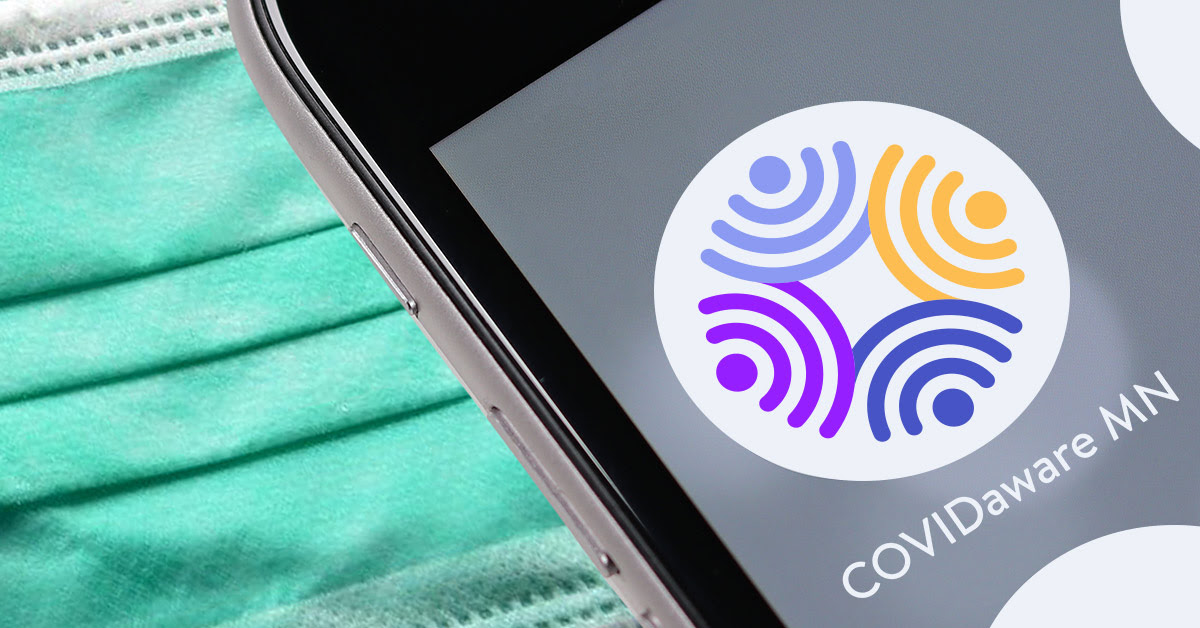 Last week, Minnesota’s Governor Tim Walz announced a free smartphone app to notify residents about potential COVID-19 exposure, called COVIDaware MN. If you get tested, you can warn others anonymously using the app, while no other private information is shared. The app can detect if anyone with a confirmed positive case of COVID-19 was within a 6 feet distance of you for 15 minutes. The app is available for both iPhone and Android and is already in use in many other states. The app has several language options such as Spanish, Hmong and Somali. Participation is voluntary but strongly encouraged.

​​Minnesota recorded a significant increase of COVID-19 cases this month, ranking 6th in the country of per capita cases during the month of November. Minnesota’s highest daily number of deaths were recorded November 24th with 101 deaths. Minnesota has already reported that more than 3,500 people have died since early March. Deaths are spread across 39 counties, and the ages of people who have died ranges from age 25 to 99. New cases are rising across senior care facilities.

​​​​​The COVIDaware MN app  is a step towards implementing stronger contact tracing efforts. Countries like Taiwan, South Korea, and New Zealand have been successful  in keeping control of their case numbers or not having any reported cases at all for several days using similar contract tracing methods and by identifying transmission chains. As it has been clearly shown in case and hospitalization statistics, it is now necessary for the state to take strict control measures to curb the spread of COVID-19.

A new study has identified there is an emerging trend for infectious diseases caused by bacteria, fungi and parasites to move from the equator towards the poles due to the impact of climate change. Researchers used past climate records and more than 7,000 wildlife species to simulate various scenarios. The study, which was conducted by the University of Wisconsin, University of Notre Dame and University of South Florida, predicted that the impact could last as long as the next five decades.

​​​​​Compared to host species, pathogens can survive at a broad range of temperatures.  Some of the diseases caused by these pathogens will have a potential zoonotic impact. For example, numbers of tick species are expected to rise due to warm weather, and there are many zoonotic diseases related to ticks such as Lyme disease, Anaplasmosis and Rickettsiosis. Minnesota state itself saw an increase of Lyme disease incidence in 2018 and a new tick species causing a similar disease to Lyme disease was identified in 2013.

​​​​​​These findings are supported by the thermal mismatch hypothesis originating  from parasitology, which states that critical mismatch between hosts and parasites may lead to disease outbreaks (Nowakowski et al. 2016).  Animal species that are living in both cold and warm climates will be impacted but infection risk is higher for species living in cold temperatures.

​​​​​​According to NASA, both average precipitation and temperature has been rising in the United States since the 1900s. Increased emissions of greenhouse gases such as carbon dioxide, methane, nitrous oxide and chlorofluorocarbons block heat waves from escaping to outer space causing the rise of temperature in the earth atmosphere. Drastic measures need to be taken to prevent global warming and stop the impact of these changes.

International: The battle against Amazon deforestation

“Nothing gold can stay” – Robert Frost

​​​​​​The Amazon rainforest, the world's largest rainforest covering 40% of Brazil, was in the news last year due to raging forest fires. One positive impact of the media coverage was that the world's attention shifted towards conserving the Amazon forest. Deforestation continues as a major problem, caused by cattle grazing inside the forest and burning the forest to grow pasture lands.

Many European countries have indicated reluctance to maintain trade relationships with the Bolsonaro government and Brazilian companies whose supply chains are associated with deforestation practices, as they go against the environmental and social standards that the European countries mandate.

As a result, three meatpacking companies, JSB, Minerva, and Marfrig, which hold 42% of slaughtering capacity in Brazil, have decided to closely investigate their supply chains to ensure that no stage of the extensive cattle-raising system interacts with deforestation practices. Cattle are typically reared in more than one unmonitored, extensively-managed farms, and as a solution, an animal transit form which identifies transport locations of animals is being used. With the lurking fear of forests being converted into savanna, environmental groups are trying to buy time with their conservation efforts.

Illegal mining is another issue in the Amazon rainforest, and Indigenous people living in the Yanomami Territory have been accusing President Bolsonaro of promoting illegal mining in their territory. Recent satellite images have identified 385 illegal mining sites in indigenous lands and 49 in integral protected areas despite the ongoing pandemic.

​​​​​​Yet illegal activities are still common in the forest and as the authorities say, “It is impossible to end deforestation in the Amazon, or at least achieve a minimal number of environmental crimes without fully tracking everything produced there”. 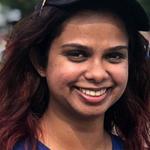 Umanga is a PhD student in the department of Veterinary Population Medicine. Her focus is on infectious disease, specifically bovine diseases that cause economic losses to farmers. She is enthusiastic to get involved in a career where she can use and share the knowledge she has obtained to help farmers, and see a positive outcome. Umanga grew up in Sri Lanka, and came to the US in order to gain advanced knowledge in the field of veterinary epidemiology.