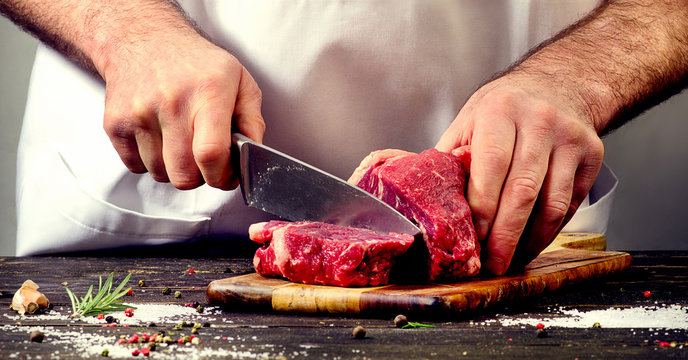 In April 2020, as processing facilities in Minnesota (MN) shut down due to COVID-19 outbreaks, producers struggled to find outlets for their animals ready for slaughter. The MN Pork Board estimates 450,000 hogs were euthanized in Minnesota and Iowa. The MN Department of Agriculture has indicated hundreds of thousands of MN turkeys were euthanized. The state spent approximately $2 million of coronavirus funding to compost euthanized animals. These challenges highlighted the lack of small processing facility capacity and labor.

Two MN community colleges, Central Lakes College and Ridgewater College, plan to begin offering programs to train the next generation of meat cutters in the Fall of 2022. Both programs will offer a semester of courses leading to certification without additional course requirements. Courses will cover the slaughter process, butchering, and packaging. Ridgewater College plans to add a second semester of courses with more advanced techniques and a possible third semester focusing on the business skills needed to open and operate a processing facility.

Central Lakes College was appropriated $150,000 in funding from the MN legislature to establish its program.  Another $500,000 was earmarked for a “mobile slaughter unit” that is described as a small slaughter house on wheels that can be used to teach students. Ridgewater College has received some industry support and hopes students will be sponsored by local businesses. The number of custom-exempt slaughter facilities in MN rose from 227 to 243 in 2020. With most small processors booked out into 2022, the additional skilled labor will be welcome to employers and producers.

US Department of Agriculture (USDA) Investments in Meat and Poultry Processing

In 2020, bottlenecks in the US animal agriculture system re-ignited discussions around consolidation, small processor capacity, and an overall need to modernize meat and poultry processing infrastructure across the country. COVID-19 related closures at several large processing facilities resulted in food shortages and hundreds of thousands of euthanized animals intended for slaughter. Four large processors, Cargill, JBS Foods, National Beef Packing Co, and Tyson Foods, slaughter 80% of the beef consumed in the US in just 24 facilities.

Recently, the USDA announced several new initiatives, backed by $500 million in the American Rescue Plan, to address these challenges. The USDA intends to support new meat and poultry processing facilities via grants, loans, and technical assistance. The announcement also included the Meat and Poultry Inspection Readiness Grants (MPIRG) program to increase capacity for existing small and very small processing facilities.  On November 22, 2021, the USDA announced $32 million in awards designated to 167 MPIRG recipients. In the press release, USDA Secretary Tom Vilack stated, “Today’s investment supports local and regional meat and poultry processors as they recover from the pandemic and also work to expand capacity.”

In addition to investments aimed at expanding local and regional processing capacity, the USDA is also addressing consolidation in the industry by bolstering the Packers and Stockyards (P&S) Act. The agency has announced three proposed rules intended to increase fair and level competition for US poultry, hog, and beef producers within the P&S Act. All of these measures are intended to strengthen the US food supply chain, support local and regional businesses and decrease anti-competitive practices.

Scientists at the Francis Crick Institute in the UK, in collaboration with the University of Kent, have developed a new gene-editing process that produces male-only or female-only mice litters with 100% efficiency. The research was published on Friday December 3, 2021 in Nature Communications. Researchers say the breakthrough can have substantial benefits for animal welfare in both lab animal and agricultural settings. No harmful side effects were detected in offspring.  Similar gene-editing research has produced pigs with disease resistance to PRRS and cattle that are more heat tolerant.

Proponents of gene-edited animals highlight the benefits of the technology for lab animal medicine when only one sex is needed for a particular research protocol. In agricultural settings, female offspring are desired for egg or milk production, while unwanted males are many times culled. Opponents of the technology refer to an example of unintended consequences of prior gene-edited animals in which antimicrobial resistance genes were detected in genetically de-horned cattle as well as ethical considerations.

The European Union adheres to strict regulations pertaining to genetically modified or gene edited foods. However, with Brexit complete, England has recently indicated the potential to ease regulations related to genetically engineered foods. Regulators are expected to initially focus on genetically modified and gene-edited crops, but are expected to expand their evaluation to include farm animals. In early 2021, The Nuffield Council for Bioethics in London released a report on the social and ethical issues related to gene-edited food production animals. The report urges officials to review new technologies as “...part of an overall vision for a food and farming system that supports, promotes, and rewards sustainable farming with high standards of animal welfare.”